When looking for hiking spots in West Virginia, the Seneca Rocks trail should definitely be at the top of your list. One of the best-known landmarks in West Virginia, this natural phenomenon is quite impressive. The hike is quite vigorous but is manageable by people of all ages. Seneca Rocks is also popular with rock climbers but climbing the rocks should only be attempted by trained and experienced climbers.

The trailhead and visitor’s center can be found at the intersection of Route 33 and Route 55. Detailed directions can be found on Google Maps.

Hikers will find the trailhead of the Seneca Rocks Trail near the Seneca Rocks Discovery Center. Following the trail 1.3 miles will take you to an observation deck that looks across the valley, over the tops of the trees, and to the top of Seneca Rocks.

Be Prepared for a Steep Hike

There are several switchbacks and steps along the Seneca Rocks trail, enabling you to gain more than a total of 700 feet in elevation. You will definitely get a workout as you continue to climb up and up through the dense forest, so bring plenty of water.

The trail itself can be rocky in places, so watch your footing and take your time as you. There are a few benches along the way, if you need to stop for a rest.

One complaint that people tend to have about the Seneca Rocks Trail is that there are no distance markers along the way. So, you won’t necessarily know how far you’ve gone or how much further it is to the top while you’re on your hike.

Early in the hike, you will cross over Seneca Creek, a tributary to the Potomac River. This creek is the perfect specimen of a cold mountain creek and the clarity will make you want to dip your feet in.

Just across the creek, you’ll find a lovely picnic area. So, bring a lunch and prepare to dine “al fresco” within the trees. It’s the perfect way to treat yourself at the end of the vigorous hike.

Once you’ve conquered the 1.3 mile challenging hike, you’ll reach the observation and you will realize that the hard work was well worth it.

The breathtaking view of the top of Seneca Rocks will have you getting out your camera and taking many pictures. You will actually be looking across the tops of the trees on the valley floor below and you will be amazed at how high you climbed in such a short distance.

Other Activities at Seneca Rocks In addition to the hike from the Discovery Center to the observation deck, there are other interesting things to do around Seneca Rocks. You can definitely make a whole day of this experience and find fun for the whole family.

Within walking distance is an original homestead that was built in 1839 and added on to in the 1860s. Any preservation work done on the homestead has remained true to the materials of the time. The hours of operation and tour times can be found on the Forest Service website.

The Discovery Center also hosts interpretive programs on weekends between Memorial Day and Labor Day. Here’s a recap of the offerings from the Forest Service website: “Traditional Appalachian crafters and artisans are on hand demonstrating their techniques. Time-honored music of the West Virginia Mountains is offered at 1 PM on Saturdays. Special frontier living history events are offered during the summer.”

There is a ¾ mile stretch of Seneca Creek near the Seneca Rocks Discovery Center where “catch and release” fishing can be done. It is illegal to use bait – you can only use artificial lures. And, all fish must be returned to the water after catching.

We recommend checking in at the Discovery Center prior to fishing and reading the fishing regulations brochure available there.

Finding Other Scenic Views and Caves There are several other attractions near to Seneca Rocks that can enhance your visit. Smoke Hole and Seneca Caverns can be explored if you have an interest in cave exploration.

You can also check out the highest point in West Virginia, called Spruce Knob. And the Seneca Creek Backcountry has a number of scenic views and great hikes that aren’t as vigorous as the Seneca Rocks Trail.

While you can’t camp right at the Discovery Center, there is a campground about a mile down the road. Seneca Shadows Campground is relatively new and offers several amenities.

You can check out the United States Forest Service website for full details about the campground. However, here are some highlighted features: “Seneca Shadows is a modern campground with flush toilets, lantern posts, picnic tables and campfire rings. The large facility has a selection of walk-to tent sites, standard RV sites and tent-only group sites. Loop C has electric hookups. Firewood is available for sale on-site.”

While we wanted our primary focus to be the hike from the Discovery Center to the observation deck, we know there are some of you who want the ultimate adventure available at Seneca Rocks.

MountainProject.com has several pieces of good information about the climbing experience at Seneca Rocks. Here are a few notable highlights:

A Brief History of Seneca Rocks

Many people really like to understand the historical significance of the places they visit. You can learn much of the fascinating history of Seneca Rocks when you visit the Discovery Center.

But, if you want to understand the history before you go, a detailed synopsis has been put together by the United States Forest Service.

Geologists say that Seneca Rocks is the result of millions of years of activity occurring to what was originally the sand at the edge of an ancient ocean. This sand was there about 440 million years ago.

According to the Forest Service, “Years of geologic activity followed, as the ocean was slowly destroyed and the underlying rock uplifted and folded. Millions of years of erosion stripped away the overlaying rock and left remnants of the arching folds in formations such as Seneca Rocks.”

Historians say that it there is some likelihood that Archaic Period Native Americans camped at the mouth of Seneca Creek, near to Seneca Rocks.

More recently, tribes of the Algonquin, Tuscarora, and Seneca used the nearby Potomac River to alternately trade or war with each other. It is likely that members of these tribes likely climbed to the top of Seneca Rocks, but there is no recorded history of who or when that may have first occurred.

It was 1746 when early settlers came to this part of West Virginia. There is no documentation that these early settlers crested Seneca Rocks and the first indisputable ascent occurred in 1908 by a surveyor named Bittenger.

1935 brought the clear documentation of climbing achievements, and in the 1940s, the United States Army even used Seneca Rocks as a training exercise for troops.

According to the United States Forest Service, Seneca Rocks was purchased by the US government in 1969. It continues to be a highly popular landmark that is frequented by hikers and climbers from all over.

We highly recommend adding Seneca Rocks to your personal “places to hike” list. The history, scenery, and accessibility make it an easy choice.

Start at the Discovery Center, make your way up the steep trail for that awe-inspiring view, and then finish your day by enjoying a picnic by the creek.

Available Hiking Gear For You 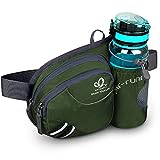 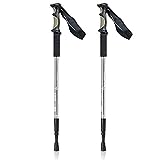